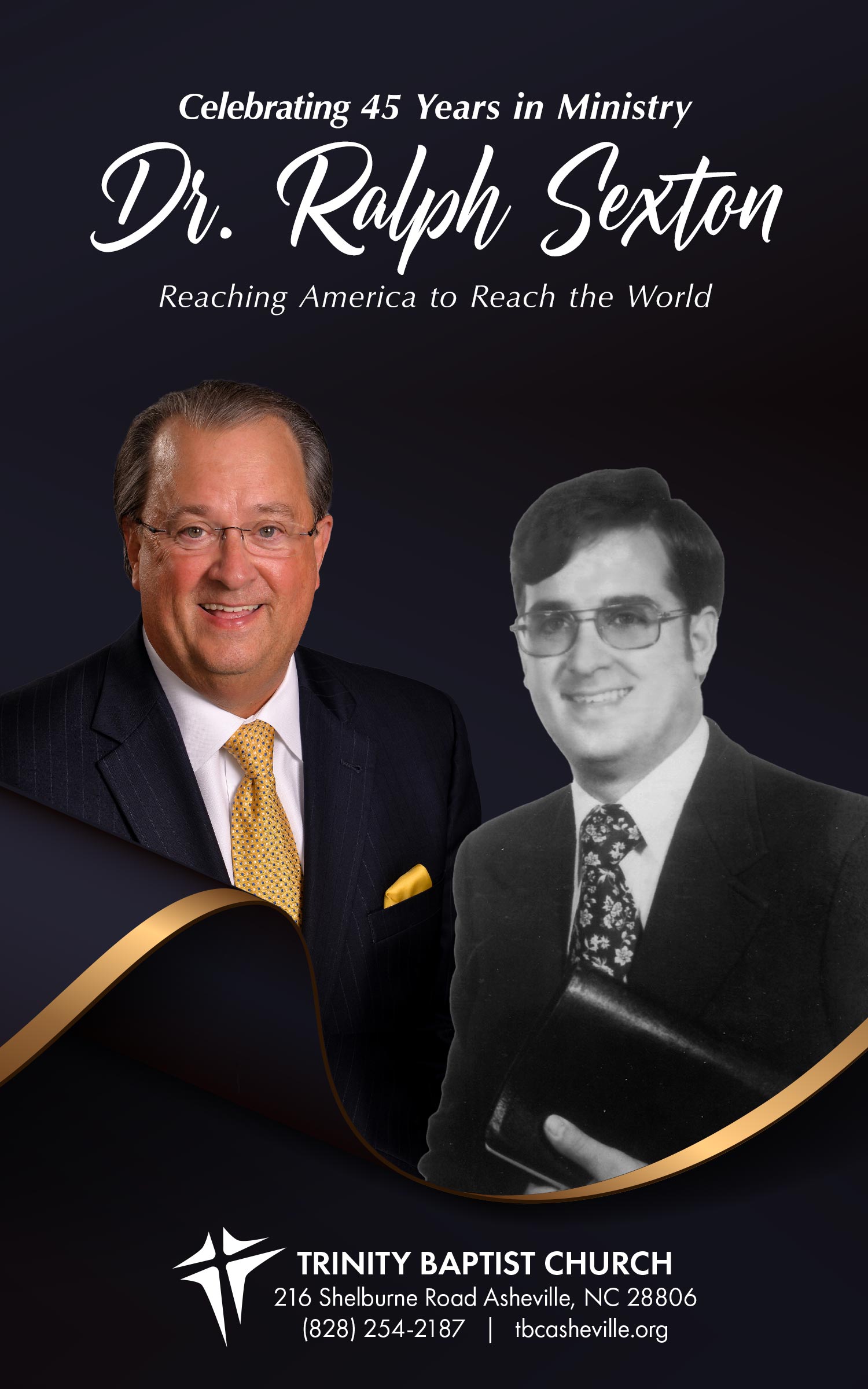 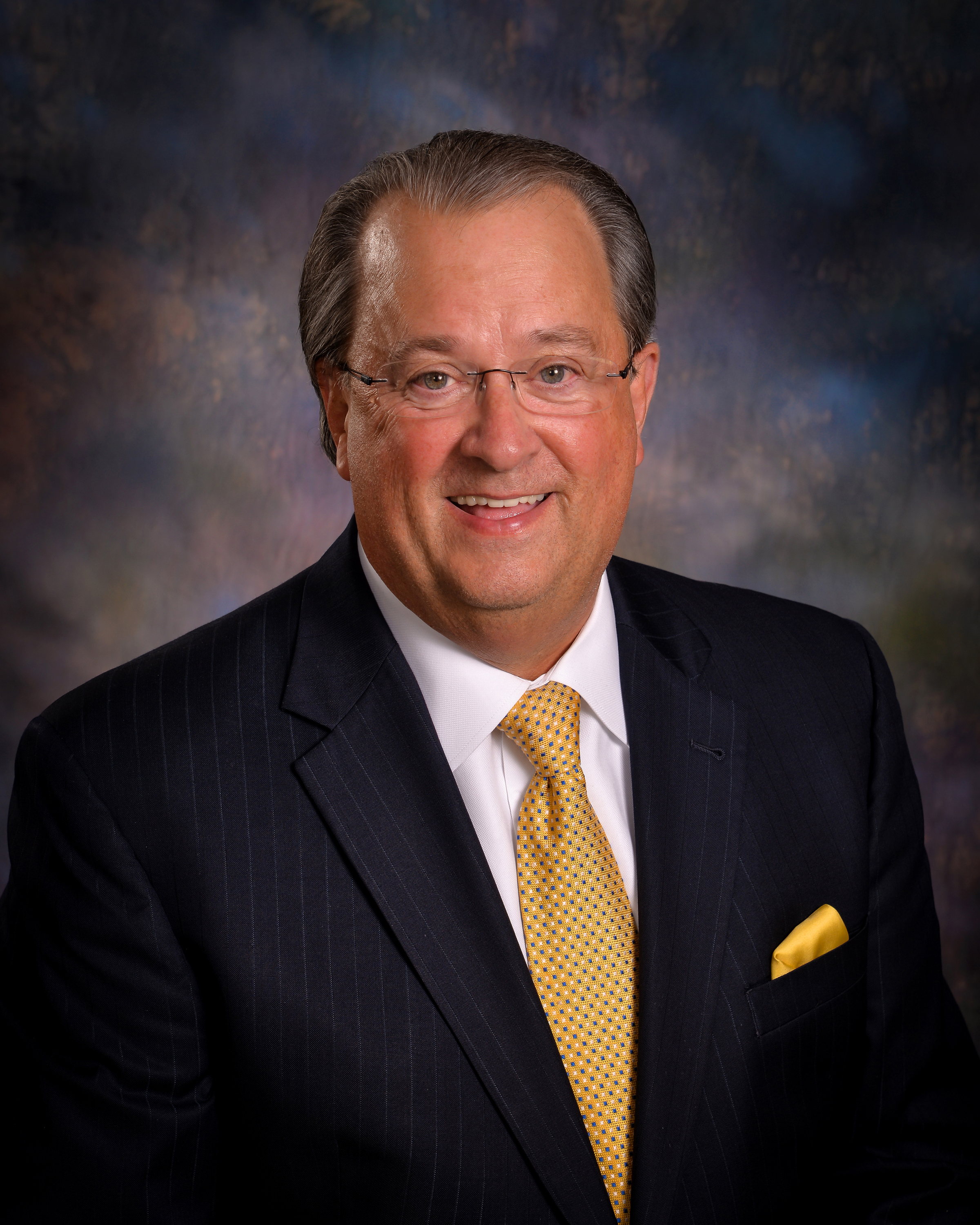 Ralph H. Sexton, Jr., was born January 17, 1947 to Ralph Sexton, Sr. and Jacqueline Sexton in Asheville, North Carolina. Educated in the public schools of the City of Asheville, he graduated from Lee Edwards High School in 1965. Following graduation, he continued his education at Trevecca College in Nashville, Tennessee, UNC Asheville, and UNC Charlotte. Dr. Sexton has an earned Doctor of Divinity from Bethany Theological Seminary in Dothan, Alabama and honorary degrees from the Baptist International School of the Scriptures, Baptist Christian University, and Trinity Baptist College, Jacksonville, FL. Sexton owned and operated the Asheville Vending Company until he sold the company to enter the ministry. After being ordained in 1975, he served as Youth Pastor of Trinity Baptist Church.

In 1980, he entered the field of full-time evangelism holding crusades, seminars, and church revivals in America, Honduras, Haiti, Egypt, Israel, Jordan, Lebanon, Austria, Czechoslovakia, Germany, Mexico, and the Bahamas. At the invitation of the National Park Service, Dr. Sexton conducted a crusade on the National Mall in Washington, D.C. in 1986. As part of his work with the prison ministries, the State of North Carolina allowed him to conduct a tent meeting inside the prison yard.

Dr. Sexton assumed the position of Senior Pastor of Trinity Baptist Church in 1988. Dr. Sexton, following in the footsteps of his father, is a second-generation “righteous Gentile” in his love for the people and land of Israel. He has made over fifty trips to Israel and the Middle East and has been an honored guest of the Israeli Government on two different occasions. It was his privilege to be invited to observe the “Peace Talks” in Washington, D.C. and to be honored with the “Tree of Life” Award by the people of Israel. He is an honored and respected friend in Jerusalem as well as in the West Bank. Dr. Sexton serves on the “Committee to Relocate the U.S. Embassy to Jerusalem.”

Sexton is an active member of his community. He was honored in 1994 with “Ralph Sexton Day” for his disaster relief work through the ministry. Governor Jim Hunt awarded him the “The Order of the Long Leaf Pine”, the highest honor a citizen of North Carolina can obtain for demonstrating his caring for the people of his state. He is an Honorary Attorney General for the state of North Carolina. Sexton is also active in the Asheville Kiwanis Club and a “Life” member of the Downtown Optimist Club. The Buncombe County Sheriff’s Department honored Dr. Sexton with a thirty-year service pin for serving as a certified special deputy. He currently serves the county as a Buncombe County Sheriff’s Chaplain. He served on the “Citizens Committee for a Safe Asheville” and organized the “Family Values March” in Asheville with over 20,000 participants.

Sexton is a widower, married for fifty-two years to the former Muzette Thaxton of Sumter, South Carolina. His darling Muzette went home to be with her Lord and Savior in April of 2018.  He and Muzette have three children: Beverly and husband Rev. Dwight Parrish, and their children, Rev. Winston Parrish and his wife, Miranda, Savannah and her husband Mike McClanahan, Scarlett, and Sophia; Mark and his daughters, Alexis and Lola; and Rev. Kent Sexton and wife Leigh (Parsons), and their children Preston, Ian, and Juliet.